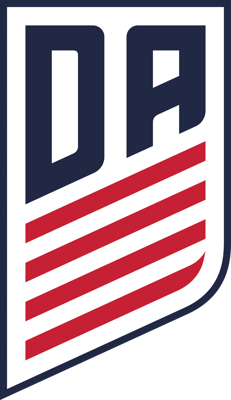 Houston Dash’s U15 Development Academy finish the season with a fantastic showing at the Summer Showcase.

After two big victories against United Futbol Academy and Cedar Stars Academy, Houston Dash DA team had LA Galaxy San Diego in their sights for their final game of the season.

With home field advantage, Galaxy started fast with Taylor Rzewuski and Ryann Cull scoring in the 16thand 23rdminute leaving Houston trailing by two goals midway through the first half.

With 7 goals in the previous two games, there was no question if Dash would score, it was just a matter of when.  In the 36thminute, Angie Diep unleashed a powerful shot from outside the 18-yard box to cut the deficit. Galaxy took a 2-1 lead at the interval.

Galaxy restored the two-goal advantage courtesy of Gabrielle Prych’s effort two minutes after the break. Houston pushed forward to try to snatch a draw and in the 70thminute, Sydnie Thibodaux and Diep combined through the midfield. Thibodaux then beat two defenders and firmly buried her shot into the back of the net.  Dash pressed hard for a 3rdgoal in the final 10 minutes creating several great opportunities but it finished LA Galaxy 3, Houston Dash 2.

“LA Galaxy were well organized and very deliberate in how they wanted to attack,” Head Coach Andrew Squire said. “It was a completely different style of play to what we faced the previous day, but the girls worked hard to adapt and implement their own on style on the game.  In the second half, we felt a change of formation to 3-5-2 would give us an advantage.  We dominated the final 15 minutes and despite several efforts, we just could not find a way to get the equalizer which I felt we deserved.  Overall, it was a fantastic week and a great way to end the season.  The feedback from the college coaches about how the team has developed over the course of the season is inspiring and I can’t wait to get back on the training field next month to continue the process.  Below is a list of college coaches who watched the Houston Dash U15's this season.  The future looks very bright for this talented group of young ladies!"