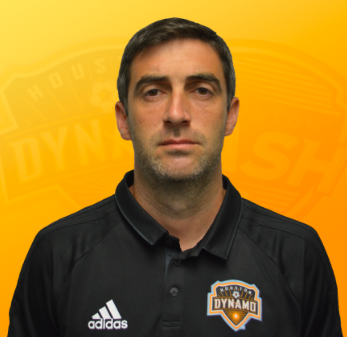 The club is very excited to announce that Radojica Ristic has been promoted into the role of Director of Coaching - West and will oversee the operations for all thirty two (32) teams in that area of the club (Youth Academy & Competitive). Coach Ristic has worked for the club since 2015 in the following areas - Recreational, Competitive, Boys Development Academy Staff Coach and Director of Coaching - Youth Boys.

“I’m very excited to start my new role within the Dynamo | Dash Youth Soccer Club as the Director of Coaching for the West Program.  It's a huge opportunity to work in one of the most progressive areas of Houston for youth soccer.  I look forward to working with all the youth players and families and continuing to build the program in the Fulshear and Katy communities.”  Coach Radojica Ristic, Director of Coaching - West.

Coach Ristic will replace Ryan Sandford who has resigned due to personal reasons.  We wish Ryan and his family all the best in his future endeavors.