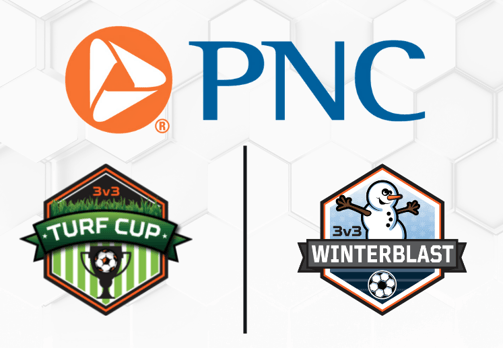 The club is very excited announce PNC Bank as the official banking partner of the Houston Dynamo | Dash Youth Soccer Club.  With thirty three branches within Houston, PNC will be partnering with two of our small-sided tournaments in The Woodlands: The 3v3 Winterblast and 3v3 Turf Cup. PNC will be supporting Houston's #1 3v3 tournament series which caters for over 400 teams in December and April that will be hosted at Bear Branch soccer complex in The Woodlands, TX.

“PNC is committed to being Houston’s Main Street Bank, which means we are committed to meeting the unique needs of the communities where we live, work and play,” said Julie Young Sudduth, PNC regional president for Houston. “Supporting the youth in our community is one of the ways that we demonstrate that commitment, and I couldn’t think of a better way to do so than by supporting the Houston Dynamo | Dash Youth Soccer Club. We are looking forward to a successful season with the club.”

"As our official club banking partner, we are excited about growing our relationship with PNC Bank over the next year within our local soccer community." said Simon Boddison, DDY Director of Soccer Operations. "PNC is a first class banking institution within the Houston marketplace and we look forward to this valued partnership supporting our 3v3 tournament series along with other activities throughout the year."

PNC Bank, National Association, is a member of The PNC Financial Services Group, Inc. (NYSE: PNC). PNC is one of the largest diversified financial services institutions in the United States, organized around its customers and communities for strong relationships and local delivery of retail and business banking including a full range of lending products; specialized services for corporations and government entities, including corporate banking, real estate finance and asset-based lending; wealth management and asset management. For information about PNC, visit www.pnc.com.