The club started it's first weekend of competition within the new Frontier Player Development League at Lents Family Park hosting Oklahoma Energy FC and came away with some very positive results being undefeated after six games. 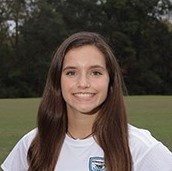 "For our first game I thought we came out strong. We had a lot of chances but couldn’t finish some of them. We executed our set pieces well and I was able to finish a header off a corner."  Emma Ebert, U19 FPDL.

“It was great to see our teams get off to a strong start in the first weekend of FPDL games going undefeated against Oklahoma City Energy FC.  All the hard work the players and staff have put in the last four weeks definitely paid off and the level of competition and soccer played was impressive.”  Darron Rush, Director of Coaching - Frontier Player Development League.