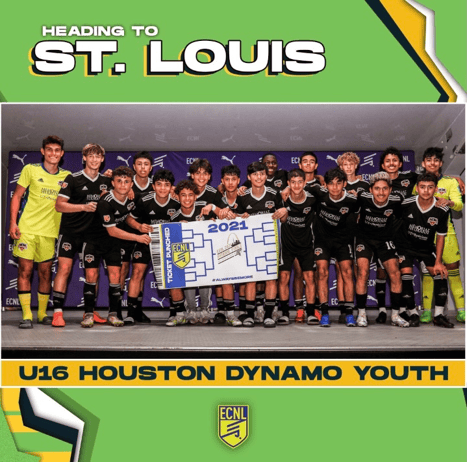 The Boys Academy 05 (U16) has advanced to the ECNL Boys National Finals after winning four straight games at the National Playoffs from July 3-7 at the Bryan Park Soccer Complex in Greensboro, North Carolina. The Academy 05 group is the only team from Houston to advance to the final eight of the postseason competition, which will take place at World Wide Technology Park in St. Louis from July 22-26.


"Having competed and won four games in North Carolina, the biggest thing we took away from the event was the valuable experience gained," said Boys Academy 05 player Victor Hernandez. "It was a great honor to represent the club along with my teammates in such a prestigious event.

“As the team advances to the final stages of the competition, the ultimate goal must be to make every attempt to now win the National Championship. I am so grateful to the club's coaching staff for the opportunities they continually provide for the team to further our development." 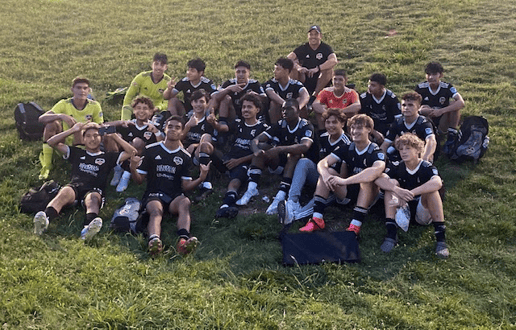 The Dynamo | Dash Youth squad were one of 64 qualifiers from around the nation for the U16 Champions League at the National Playoffs. Their three wins in the group stage set them up for a Texas showdown against FC Dallas in the knockout round, which they won 2-1 to advance to the National Finals along with seven other clubs. A draw will take place prior to the quarterfinals for the team to learn their opponent.

"This group has worked and earned the right to head to St. Louis based upon their performances and finding a way to succeed,” said head coach Miguel Becerra. “I am extremely proud of the boys and look forward to further success at the National Finals."