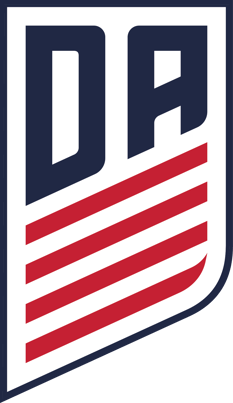 U15 Dash DA gets a big victory in its second match at DA Showcase.....

The Dash got a dream start as they found the net just two minutes into the match. After an excellent build up play, the ball found its way to Haley McWhirter, whose attempt on goal was blocked. Forward Cayden Hulse then tucked in the rebound to give Houston the early lead.

McWhirter doubled Houston’s advantage five minutes later as she burst into the box before finding the far post from a tight advantage. The Dash carried the momentum to the halftime break as they found the net three more times. Midfielder Sydney O’Shea scored the third goal in the 18th minute from a rebound after Cedar Stars goalkeeper Cleo Grignard denied McWhirter and Angie Diep from close range. Diep then scored Houston’s fourth after forcing a turnover from the defender. McWhirter capped off the Dash’s dominance in the first half with the header from a corner kick in the 38th minute.

Cedar Stars got its consolation goal through Olivia Carney’s effort in the 58th minute, before Catherine Coker skipped past the goalkeeper in a one-on-one situation to score the final goal of the game.

“In the first half, we absolutely dominated every aspect of the game,” Squire said. “We didn’t have to coach the players in the first half, [we] just encourage them to keep playing and making choices based on what they see. It was fantastic to see the players determine how they wanted to attack and play with confidence and speed. They found the right times to possess the ball and drag the opponent around the field [and] opening up pockets of space in the midfield.  They also recognized when to be more direct playing into the oceans of space available behind the opposition back line. Scoring from a set piece made it a very complete performances from an attacking point of view.”

“Five-nil at half time was fair a reflection of the game up until that point.  We did expect a different opponent in the second half and that’s exactly what we got.  It was much closer game, and Stars put us under some pressure but for the most part we handled it well and countered effectively.”

The U-17 Dash DA also played their second match of the showcase on Monday. After drawing 3-3 against U-17 Lamorinda Soccer Club on Sunday, the Dash got a 2-2 draw against U-17 Pateadores. Isabella Tablante and Alexa Primacio were the scorers.

The U-15 Dash will play their final match at the Showcase at 9 a.m. Tuesday against Los Angeles Galaxy, while the U-17 will play against Shattuck- Saint Mary’s U-17 a day later.