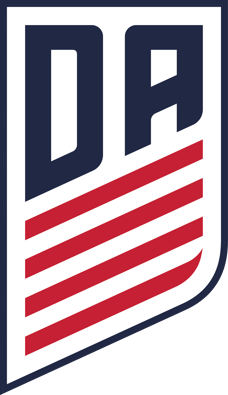 U15 Dash DA gets the winning start at DA Showcase

The Dash got on the board early. In the 14th minute, Sydnie Thibodaux made a run from the midfield into the 18-yard box. Thibodaux then squared the ball across to Sara Engels, a positive run from midfield by Engels to finish a great team goal for Dash.  Houston Dash's lead didn’t last long. United Futbol Academy cancelled Engels’ opener before the break as Caroline Coggin tied the match at the 37th minute.

After the restart, The Dash pushed to find the winning goal. Their efforts were rewarded in the 62nd minute. Forward Angie Diep found Haley McWhiter in the tight space on top of the box. McWhiter then shifted the ball to her right, then scored a curler to the near top corner. Houston then hang on to the lead until the final whistle.

Coach Andrew Squire showed his pleasure with the result.

“I was very pleased with the performance,” Squire said. “With the bad weather back home interfering with our training schedule and a long travel day yesterday, the players showed tremendous grit to overcome a slow start.  Once we found our rhythm, we dominated in the game in key areas of the field.   We deserved three or four goals in the first half and possibly a couple more in the second half.  In the end, we had to defend with courage and great discipline to secure the result.  Goalkeeper Bella Hollenbach claimed two dangerous crosses cleanly which helped elevate the pressure.  Tomorrow, we will analyze the game video with the team back at the hotel and prepare for our next game on Monday.”

The U-15 Dash will play their next game on Monday as they take on U-15 Cedar Stars Academy- Monmouth.