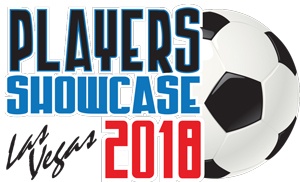 The club took the Dash 02 City Select group to the Las Vegas Players Showcase this last weekend and played four games (W2-T1-L1) with college coaching staff present on the sidelines.  The results are below:

"The Dash 2002 City Select team traveled to Las Vegas for the Players College Showcase event. The girls got to experience competition from some of California’s top clubs. Finishing with 2 wins, 1 loss and 1 tie, they played some good soccer over the course of three days at some great soccer venues. Overall, the girls saw 24 colleges represented at their matches and most of the schools were contacted by the players prior to the tournament. Extremely proud how the players represented the club, their families and themselves at the event."  Willie Fowlkes, Dash 02 Pre-Academy.