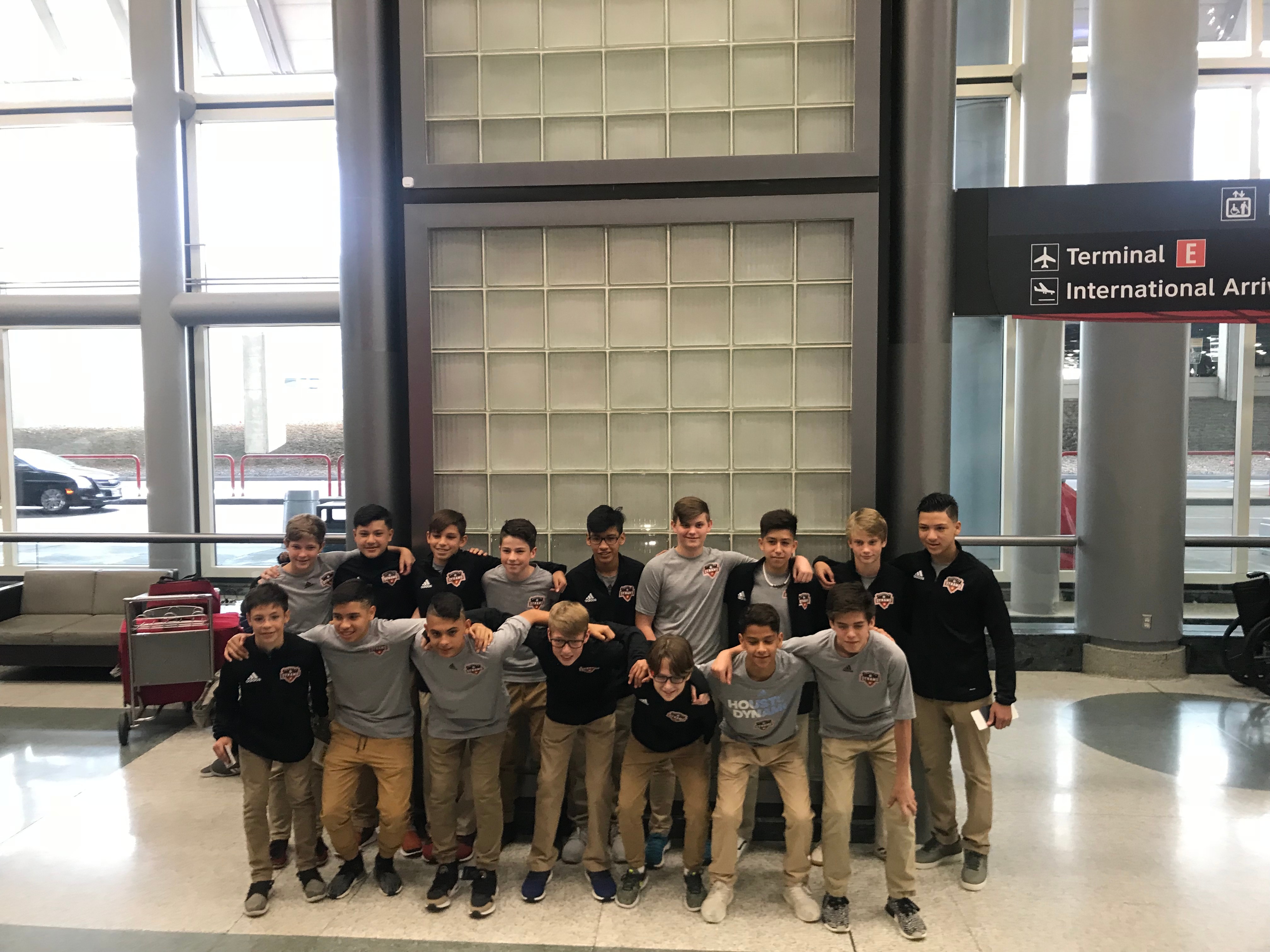 The Dynamo 04 Development Academy recently returned from a tour in France which saw them compete in the TOURNOI SANS FRONTIERE (25th Edition). They were the first USA team to attend the prestigious event.

“This was an unbelievable opportunity for our players and staff to travel internationally and play in the Tournoi Sans Frontiere. It provided international competition against some of the top clubs in the world and at the highest levels in our age group. The football challenged and elevated our levels of play. The cultural experience this trip provided to our players was invaluable. It will open their perspective as they pursue and achieve different educational and professional goals. Also, the crepes were simply delicious!"  Brian Cvilikas, Head Coach.

We landed at the airport at 8:15am in Paris, France. We first went to Champs Elysees Avenue including some shops like Adidas, PSG and Abercrombie. Then we went to see the Arc de Triomphe. When we got to the hotel we prepared for practice. We walked to the training fields that were on site. We trained on the same field as the Togo National team, they were also staying at our hotel. When we were finished we cleaned up and ate a delicious dinner in the hotel restaurant. 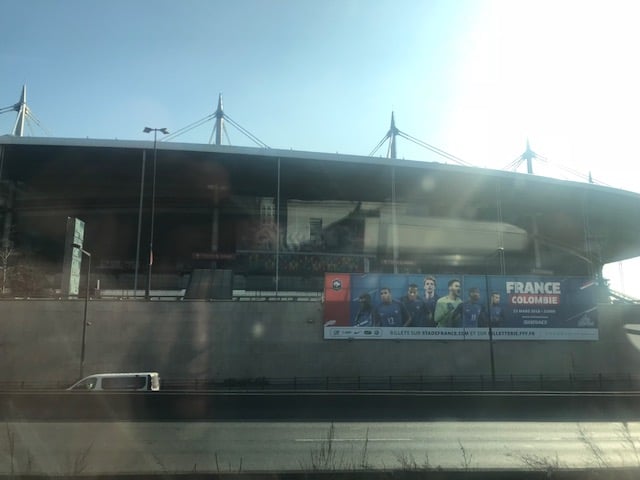 “Traveling to France was a good experience because it thought a lot to me as a player and as an individual. It was my first time going to France, so I learned a lot of things. When we were in the games, I learned to play under pressure.”  Diego Diaz #43 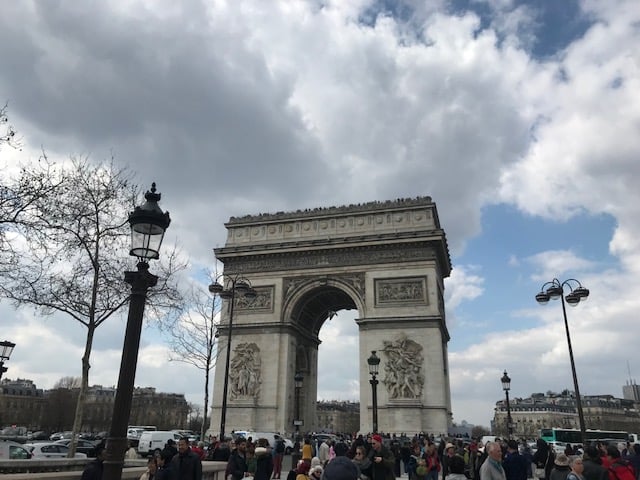 Day 2 of our trip began with an early morning training session. As we waited for the sun to come up, we started with TRX bands followed by some defensive work. After the training we went to the rooms, took showers, and then ate a healthy breakfast. Next on the list of stops for site seeing was Notre Dame Cathedral which was very interesting. It was a nice architectural building and when we walked in they were holding a service. After Notre Dame we traveled to the Sacred Heart Church and Montmartre. The Sacred Heart was also very interesting like the Notre Dame, it was high in elevation but much smaller. We walked to Montmartre and got some delicious lunch and crepes in a beautiful little shop. Lastly, we traveled to the famous Eiffel Tower which we had to wait in a very long line.  We ended up walking up to the third floor, it was a beautiful view of the city of Paris and was an unforgettable feeling. We then took the bus home and ate dinner, which led to winding down to our rooms and going to sleep. 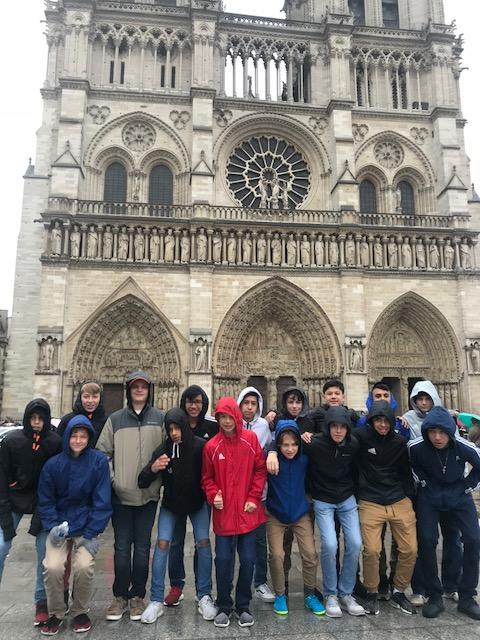 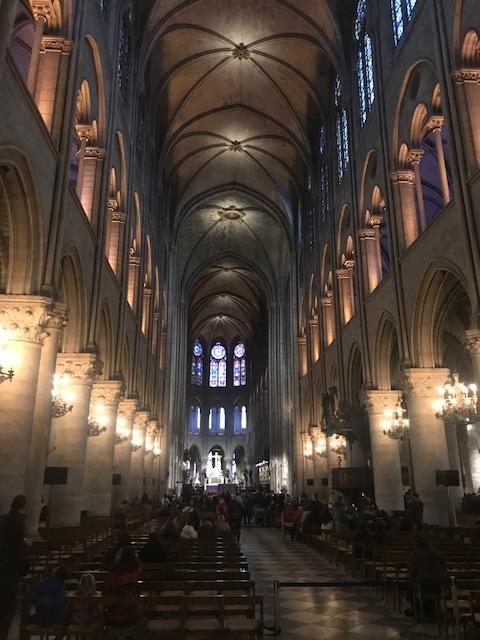 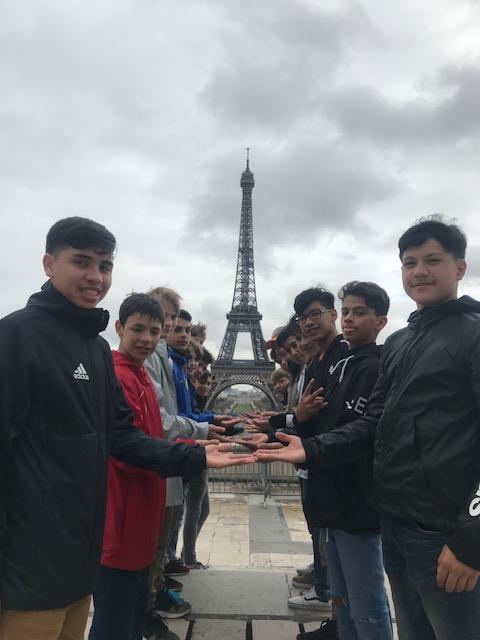 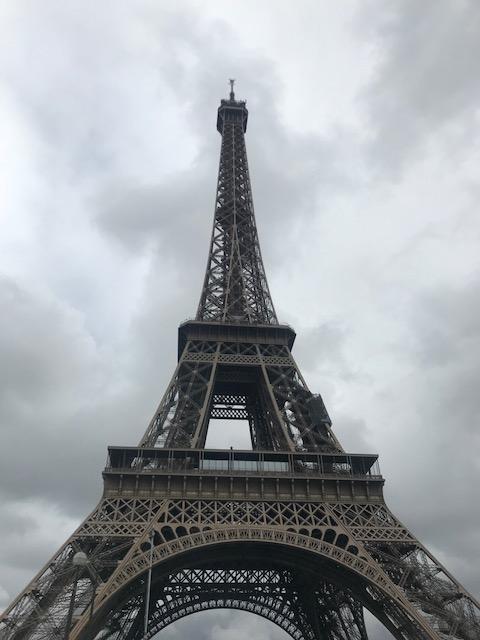 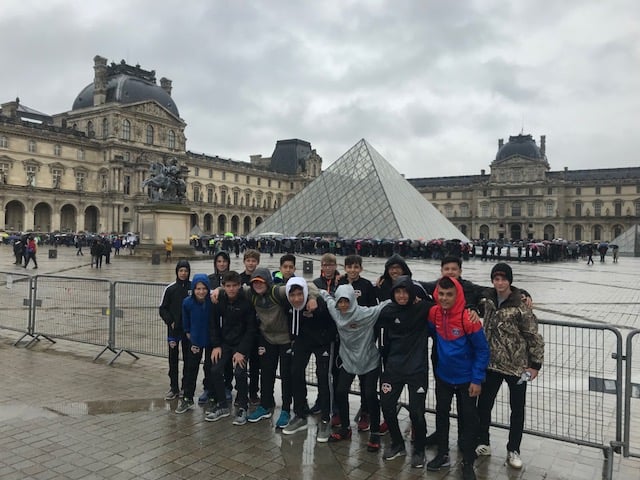 First, we had team breakfast at 8:00a and then we got ready to go site see at the Louvre. The traffic was bad due to a police officer’s service. He had been shot a couple weeks ago and there was an important service for him, so we arrived 1 hour later than planned. Once we arrived at the Louvre, we saw some important pieces of art like the Mona Lisa. We ate lunch at a restaurant near the Louvre and had to push back the scheduled friendly an hour. We went back to the hotel to get our stuff and went to the friendly against Evry FC. Finally, we went to the pool, ate dinner and got a good night’s rest.

“Going to France was a good experience for me because it put me in situations that I wasn’t comfortable in, such as playing against teams who were at different levels with different styles of play. Also, outside of soccer, not understanding the language and the effects of the constant walking were different. I feel that the different environment is what made me this trip to France a good experience for me.”  Joey Hlavac #37 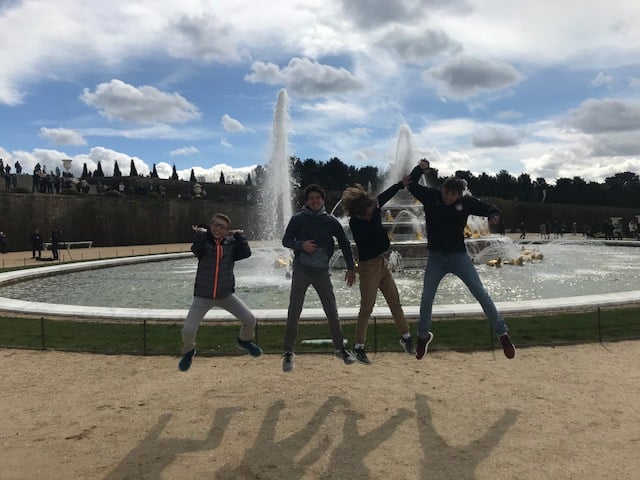 On Day 4, we woke up and had breakfast followed by a morning training session. Instead of training first, we started with two friendlies against two teams from Virginia. After the friendlies, we continued training with some attacking play. Later in the afternoon we went inside this big palace called Versailles. It was like a big art museum of different types of paintings, sculptures, and gold. It also had a beautiful garden outside. When we got back to the hotel we went to the pool, ate dinner and went to bed. 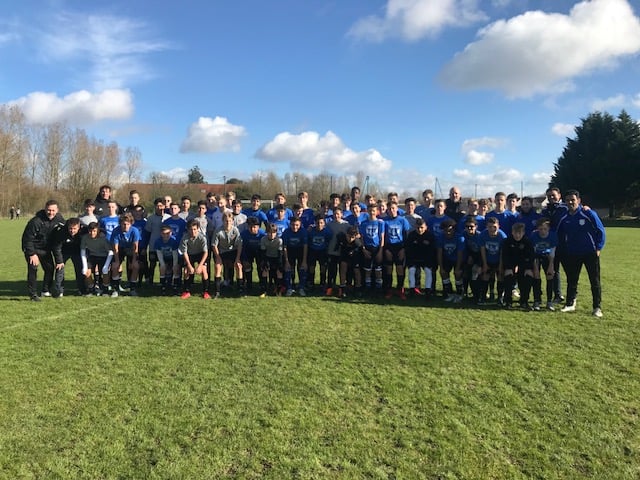 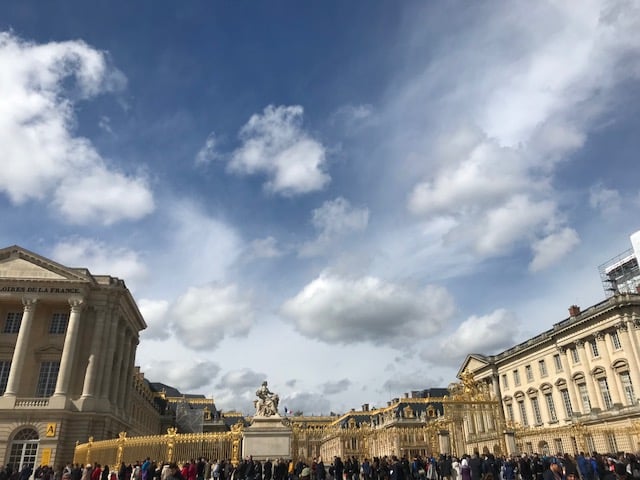 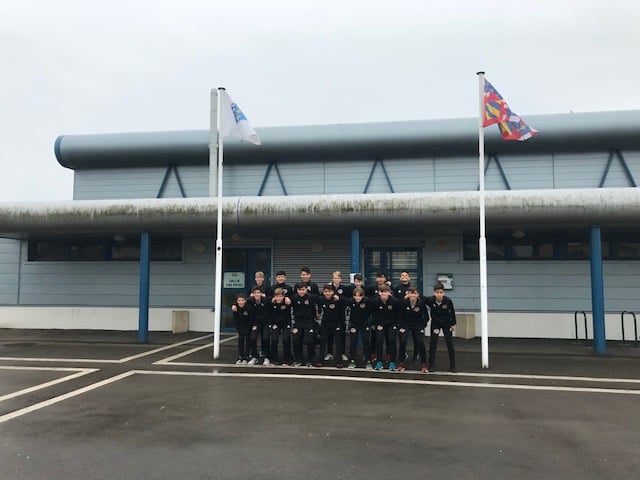 We woke up in the morning and ate breakfast. Then we packed our stuff and left the hotel. We departed the hotel for Sens, France. Just over an hour later, we arrived at the hotel in Sens and then went to lunch. The lunch was at a cafeteria by the fields, where all the teams in the tournament ate together. When we walked in as a team everybody looked at us including Juventus, who was sitting right next to us. After lunch we went back to the hotel to rest for our games. We then departed the hotel for the fields and were assisted to a team locker room, right next to PSG. In our first game, we played Dijon FCO and in our second game we played Stade Rennais, we lost both. After our games, we ate dinner back at the team cafeteria. Then, went back to the hotel and off to bed. 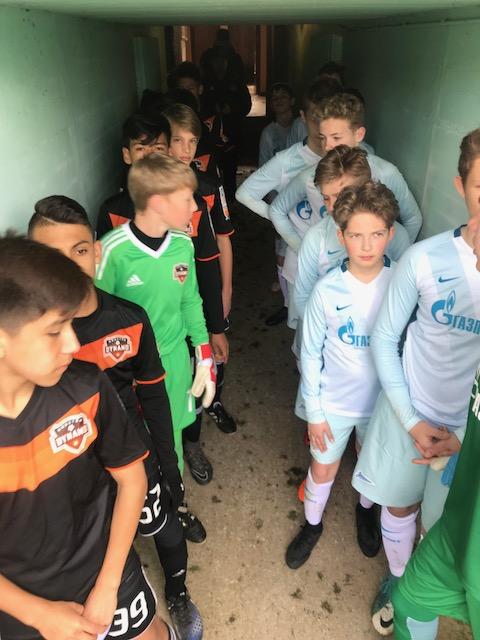 Our day started off with a knock on the door. We then got ready and ate breakfast as a team. We then went to go to play against Lille from France and Zenit from Russia. Both games were in the stadium and in front of a big crowd. We had to walk out a tunnel prior to starting the games. We lost to Lille 2-4 and lost to Zenit 0-2. After the games, we went to go eat dinner with all the teams in the tournament. The bus picked us up to go to the hotel and then we went to bed. 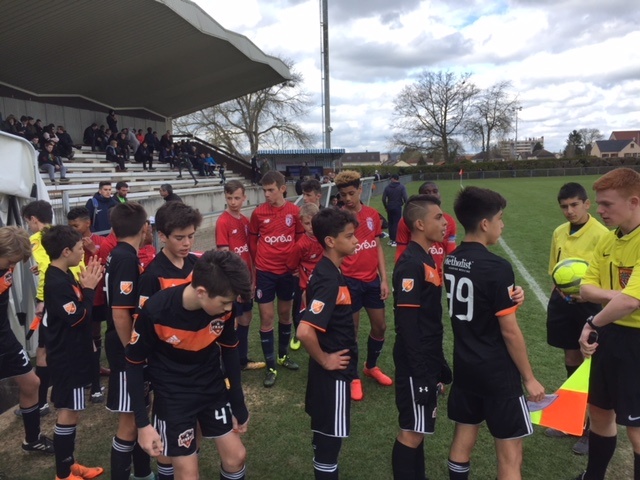 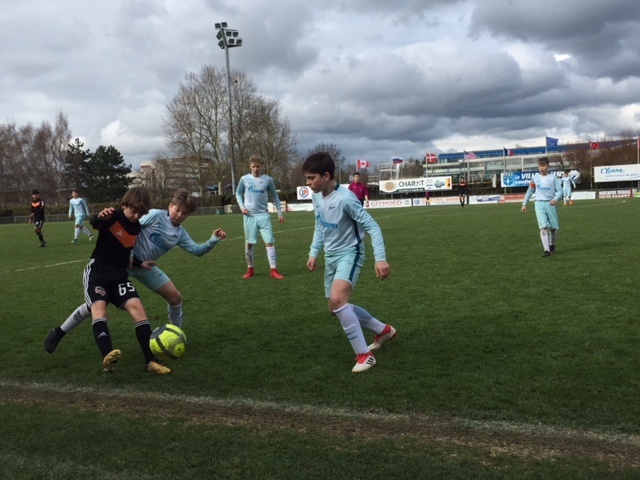 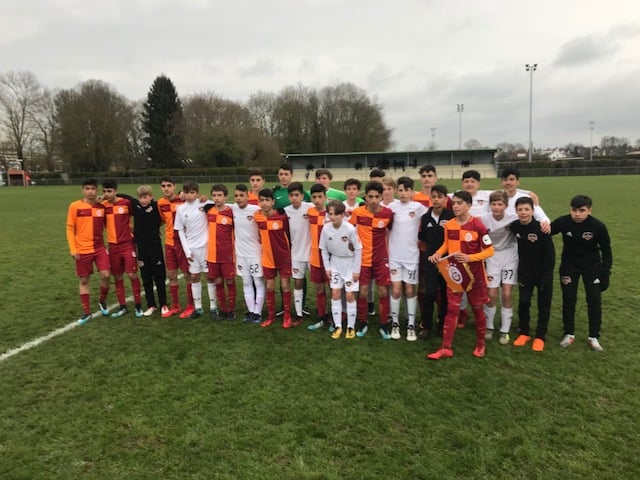 Our day started with an Easter egg hunt and breakfast. After we went to the locker room with the transportation of the vans. We played Galatasaray in our first game. We lost 1-2 but we played really well and had good possession. Then we ate lunch to the team cafeteria. We ate bread, Cordon Bleu chicken and cheese, it was really good. Next, we went to the locker room to get ready for our next game. We also gave our team representative a scarf as a gift. We called him B and he was our age. We played Grand Sennonais in our first game and won. We then watched FC Tokyo play in between games. Antonio and Jonah were also flirting with some girls. We went to dinner after. We then had time to call our parents and relax. Finally, we went to sleep. 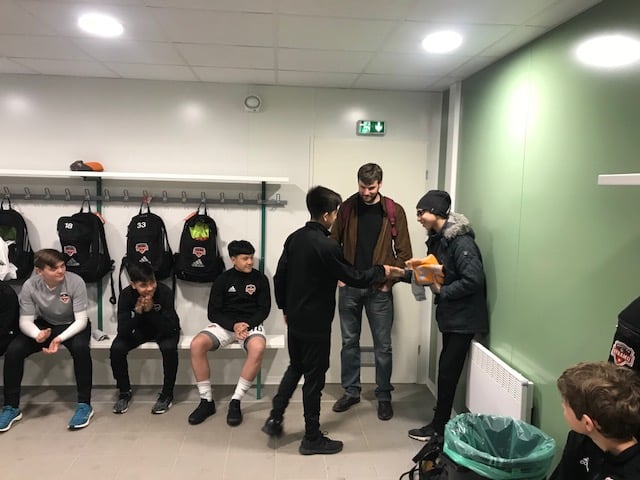 “Playing football in France was a great learning experience because it taught me to play with more passion. It also taught to play at faster speeds when attacking. Lastly, as a player it is crucial to learn the game by watching other high-level games.”
Luis Lugo #19 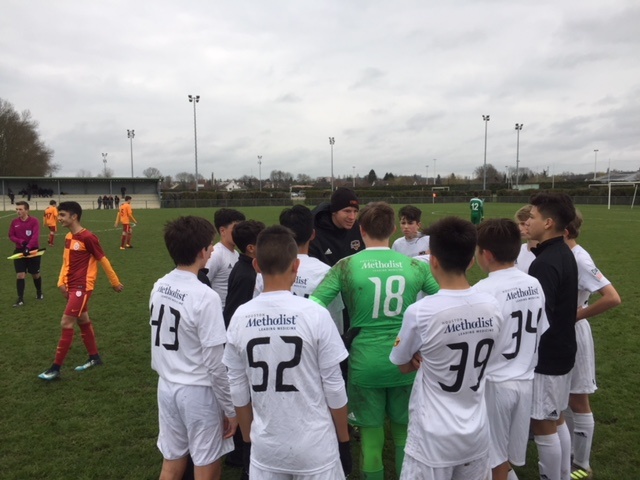 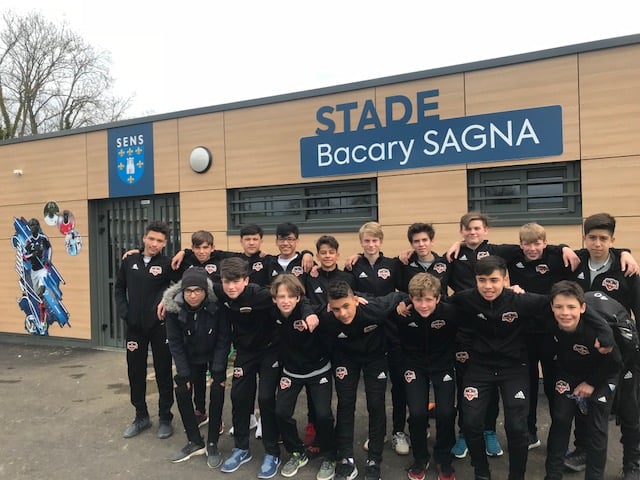 We woke up decently early then ate breakfast. We then packed all of our luggage. Then, got into the bus and departed for the fields. Our first game vs Havre, we tied 0-0. After that we went back to the locker room and then proceeded to watch PSG win in the semifinals versus one of the teams we played, Lille FCO. At lunch, we ate shepherd’s pie, bread and yogurt. We had some free time between games and then played Dijon and lost 0-3 in our second game. We changed clothes and watched the finals of the tournament which was PSG v Olympique Lyonnais. We were routing for PSG because they shared the locker room right next to ours. After the game, we got on our bus and did some brief site seeing of the cathedral in Sens, France. We met with Galatasaray and shared a bus back into Paris. We met and bonded with some of the players on our journey. After a tiring but exciting last day, we went to our new hotel, ate dinner, celebrated Mikel’s birthday and then went to bed. 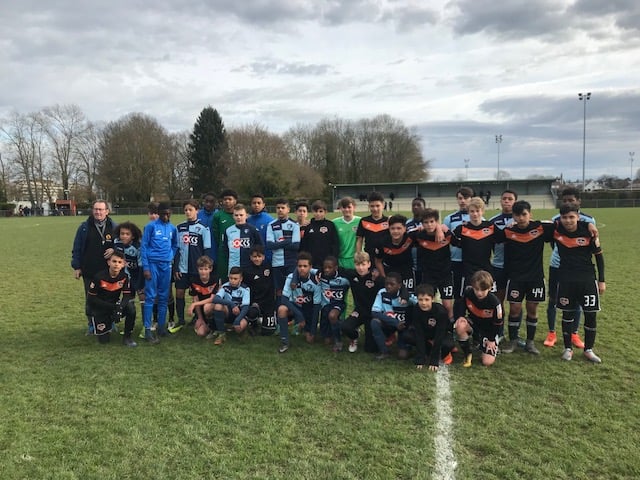 My favorite part of the trip to France was …

“The Eiffel Tower because it was really cool and had an awesome view.” - Ross Neves

“Playing soccer. We have never experienced a stage or competition like this.” - Cody Tice

“My favorite part was scoring a goal in the stadium.” - Cesar Cordova

“My favorite part of the France trip was when we went to visit the Eiffel Tower.”  - Abel Piedra

“My favorite part of France was the tournament because it taught me a lot about soccer around the world.” - Richard Monge

“My favorite part about France was the tournament because it taught me what high level competition is.” - Antonio Rubio

“My favorite part of the France trip was eating crepes.” - Dean Wright

“My favorite part of the trip was my birthday because we played two games and saw PSG v Lyonnais play in the final. Also, Galatasaray and my teammates sang happy birthday to me in Turkish.” - Mikel Gonzalez

“My favorite part of the trip was experiencing the soccer tournament and absorbing the environment. It was also cool to see other styles of play which helped improve my own game.” - Andrew Hollenbach

“My favorite part of the trip was playing soccer. The experience was amazing and I can’t forget it. We played against a lot of pro clubs so it was cool too see their style of play.” - Finn Fenske

“My favorite part of France was the tournament because we played against some of the biggest clubs in the world. Another thing was eating macaroons and crepes.” - Joel Rodriguez

“My favorite part of France was getting to see one of the biggest clubs in the world and playing against them. Also, I liked eating macaroons.” - Felipe Alvarado