Houston, Texas (April 30, 2019) – The Houston Dynamo | Dash Youth Soccer Club (HDDY), a nationally recognized premier soccer club for boys / girls is excited to announce that Diego Copa has joined the club.  Diego joins the coaching staff having coached for the Klein Select Soccer Club as their Director of Coaching from 2016-2019.  He will be based in the Spring, Klein,  and Tomball geographic areas of the club.

"First and foremost, I’d like to thank Don Gemmell and the entire Dynamo Dash Youth organization for providing this tremendous opportunity. I am excited to be surrounded by professionals who are not only passionate about the game of soccer, but also people that embody the core values Dynamo Dash Youth stands for; trust, accountability, courage, humility and service. I’m eager to be part of this exciting time in the club’s growth and be able to leverage my past experiences while continuing to be challenged." Diego Copa, Dynamo | Dash Director of Coaching - Klein. 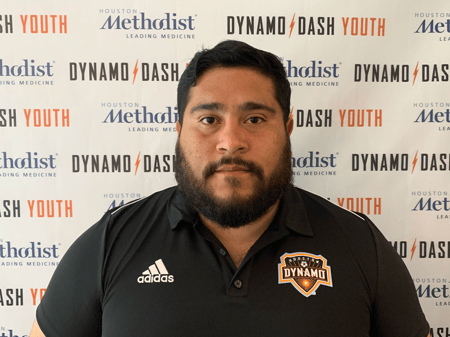 "I would like to welcome Diego and his family as the most recent addition to our coaching staff.  Diego has built an excellent select soccer program at Klein Soccer Club and has a proven track record for developing youth players at multiple ability levels.  With Diego's expertise, we look forward to strengthening our program while continuing the hard work that has been started in the Spring / Klein area."  Don Gemmell, Technical Director, Houston Dynamo | Soccer Club.